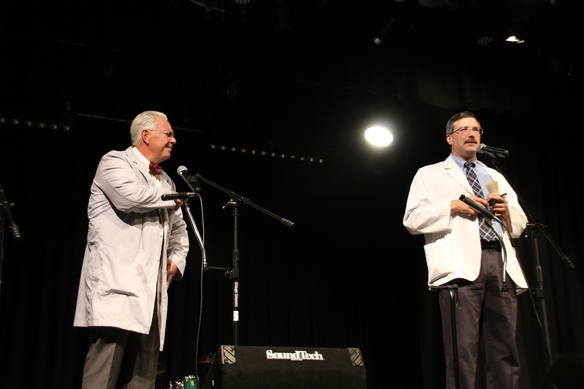 The information below is the backstory that Norm Schultz (seen as "Floyd #1 in the photo) and I (seen as Floyd #2 in photo) deleloped to retcon what we saw on episodes of The Andy Griffith Show to make it fit into continuity of Mayberry.