Character actor Laurie Main died Feb. 8, at age 89 in L.A.; link to The Hollywood Reporter obituary.  (Some other sources show him to have been 82.)

Mr. Main guest-starred in "Helen the Authoress" and RFD's "Millie the Model."

A native Australian, he was usually cast as officious characters, foreign dignitaries, British officers, etc., was a regular presence on sitcoms like HOGAN'S HEROES, BEWITCHED, THAT GIRL, many more, and frequently provided voiceover and bit roles for Disney productions. 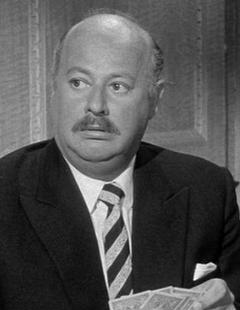