Saw Johnny Cash last weekend in a real turkey- 'Door-To-Door Maniac', costarring a very young Ronnie Howard. A flop when first released in 1961, it was re-released in '66 under a different title, 'Five Minutes To Live' in an attempt to cash in on his later success in Country Music. A bit surprised Ronnie's daddy Rance would let him do this film considering the subject matter. It's on YouTube but don't waste your time, unless of course, like me, you enjoy watching really bad movies. This one is extra RIPE!! 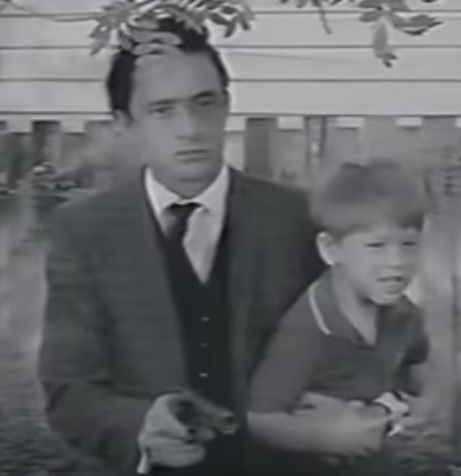 This is a brief clip with Ronnie: