Hey Allen. When I post a picture, I usually put a caption or description underneath it. After the post is published, the text is unformatted and displayed off to the side of the picture. Everything looks fine while composing. See my post in Mayor Pik I know this is a little off topic, but the two shows are linked.  Here are 3 of my favorites:

3. A Visit From Cousin Goober 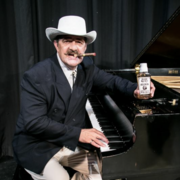 A little twist to LINES from the SHOW: Let's take turns adding lines and letting folks respond by saying WHO said that and to WHOM it was said. Once you answer one, be polite and leave one for the next person.

UNSEEN CHARACTERS...How many can YOU name?

Check out this site...THEN reply to add any UNSEEN characters you come across that might have been missed. LOoking for folks mentioned, but not seen on the show. Let's make an extensive list. Look and read here first: http://www.mayberry.info/history

The Many Names of Barney Crossword Puzzle!

To print this out, just click on the puzzle and it will open in a new window where you can print it out. Here's a link to a fine article on page administrator, Allan Newsome that appears in this month's Alabama Living Magazine. Allan, thanks for all you and Jan do in keeping Mayberry alive!

Beloved Mayberry Character Lives On Thanks To Tribute Artist 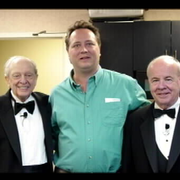 The 60th anniversary of the debut is this Saturday, but TV Land is going to be celebrating with marathons starting next Monday.  They'll also be showing some interviews with some of the stars.  Good to see TAGS being celebrated this way, even after 6

As in Mayberry anagrams. Can be a character name or short phrase. Here is the first:

hey guys, need your help about an episode

What episode had Barney and Thelma Lou looking at furniture in a store window, talking about their hypothetical future home?

It's been stripped from the TV Land broadcasts, or maybe that episode isn't shown.

It's a special moment to me , and I have th

I've been searching for years for a picture of one of Andy Griffith's restaurants and this photo from a newspaper advertisement is all I've been able to locate. Started in 1972, the chain specialized in fried chicken and barbecue and eventually had s

Aside from the Christmas episode, let's see if we can come up with all the references to Christmas on the show. I'll start it off:

[Andy to Barney]: "Look at all this Christmas mess...you's supposed to clean this up!" 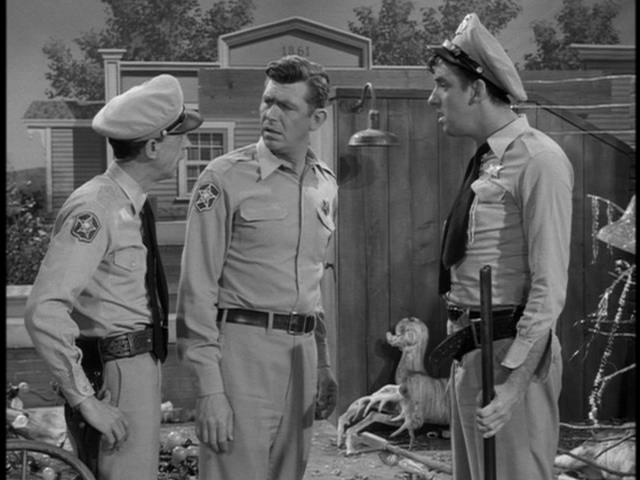